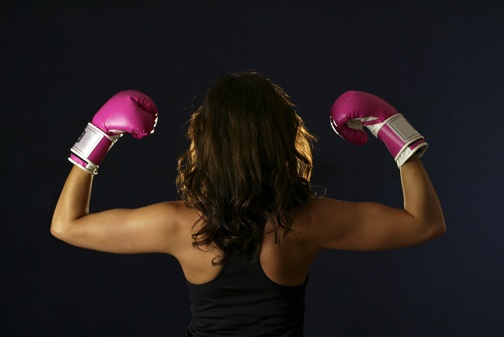 From head to toe and inside and out, women rock the show!

Women have the power to “WOW”

Women have come such a long way from where they were in the past. Even with their progress, society tends to still assign women the stereotype of being cleaners and caregivers. Well ladies, this can actually be a good thing. As a female, we have the power to defy the “norm” or stereotypes and look great doing it. It would be no surprise to see a successful, powerful man in a tux walking down Wall Street. However, there’s something about a woman walking down the streets of a big city, confidently maintaining herself with her own successes that makes people stop and say “WOW.” What comes to mind when you think about Sandra Bullock, Tyra Banks or Oprah Winfrey? These women aren’t solely affiliated with men they’ve dated or married. They aren’t known for scandals or being dependent on someone wealthier than them. They are individuals, with powerful voices, inner confidence, strong minds and a killer sense of self. These women are proof of the “WOW” factor.

Women are the masters of change

While males tend to dress and look similarly for multiple events, females experience the greatest scale of versatility when it comes to appearances. They wear makeup in a variety of ways on or they choose to wear none at all. They change their hair, nail colors and outfit choices for several occasions, like prom or job interviews. From girl, to teen, to young adult to woman, females have a way of dominating change in each level. Think about it: in just nine short months, a baby is created within a woman’s body. They adapt their bodies before, during and after pregnancy accordingly. Nine months after the birth, that same woman could be sporting a sexy abdominal, running a marathon, or even a company. The mind, appearance, body and soul of a woman grow and change accordingly with age. When it comes to change, which the world brews itself on, women definitely know how it’s done.

Women can be the best of both worlds

Women can compete in figure competitions. Women can weight-lift. Women can play soccer, basketball, volleyball and almost any other sport that involvesbeing tough like a man. What’s wonderful about women, though, is that they have the ability to be the polar opposite. Women’s bodies were made to nurture and give birth to children. They are genetically instilled with the power to be warm, caring, soft and loving. The same woman who is a powerful executive in a prominent business may go home to a young child in need of a gentle mother’s touch. Women can be rough, tough and strong while being as girly as ever. They can run the world from the office, to the streets to their homes while rocking the best of any extreme.

Close your eyes and think of all the different women in the world. Their body shapes. Their hair styles. Their height. Think about how unique women are from each other, yet they can all be beautiful in their own way. No matter our size, race or sexual orientation, we are beautiful in our uniqueness. Why else has art been centered on the female body? Venus figurines. The Mona Lisa. Women have been the heart of poems, stories, artworks, songs and nature since the beginning of time. What’s Adam without Eve? What’s Romeo without Juliet? What’s mankind without Mother Nature? Point in case, we are amazing creatures and have the ability to exude our femininity and be admired for it, from the beginning of time and into the future. We are different, we are able and we are beauty.

Life shouldn’t be a competition between man and woman. It shouldn’t be about which gender is better or about chastising the opposite sex. Simply said, life as a woman should be celebratory, empowering and fabulous! Remember to live knowing that with your ability to change, master extremes and defy the underdog stereotype, women can truly run the world!