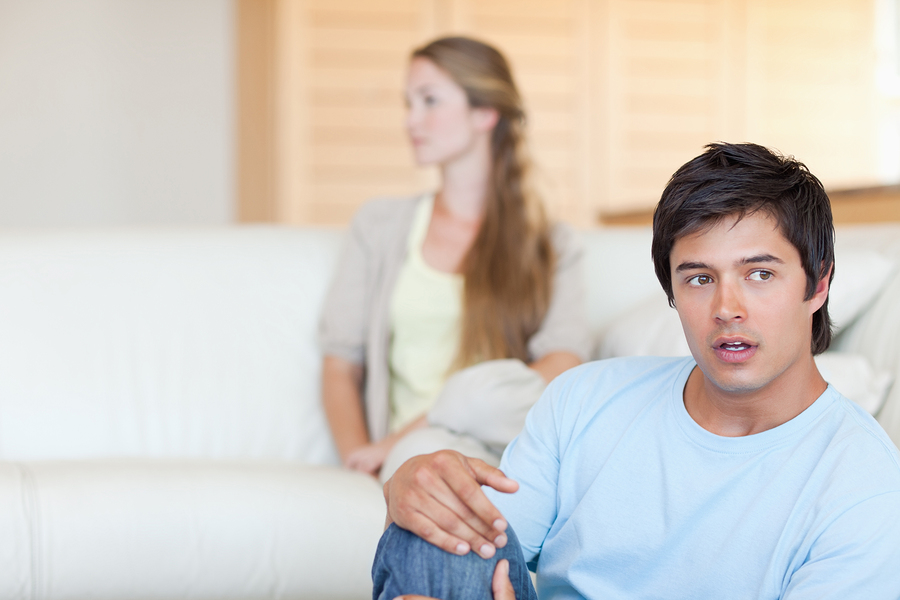 You go on dates. You kiss. You hold hands. You talk every day. You like each other.

But you are not official.

Nowadays, men don’t always take the leap and call women their girlfriends, even if they’ve been dating for some time. For women, this can be torturous.

Why won’t he call me his girlfriend? Does he not like me? Is there someone else? Is he embarrassed by me? Is he too hurt to ever want to make it official again?

Well ladies, relax. HerMANual has done the deed and asked men this very question. Believe it or not, most of the time it’s not a bad thing. Check out the reasons we found as to why guys won’t make it official!

It’s just a word
Boyfriend. Girlfriend. Official. While a lot of people put deep sentiment into these words, others see them as what they are: just words. Guys sometimes think that putting a label on a relationship shouldn’t change anything, and they don’t like it when it does. If you are dating a guy for a while, you trust him and he tells you that you’re the only one for him, then labeling you as his girlfriend is just adding a word to the mix. Show some patience. At the end of the day, if you need the reassurance of the title, let him know. If you mean enough to him, he should put his hesitation aside.

It shouldn’t be an obligation
It’s hard not to think of a relationship like you would a contract. It includes certain tasks that seem like “requirements,” such as contact the other person a certain amount of times, say certain things, and so on. However, it should never be an obligation. Guys sometimes think that being in a relationship would turn the things they want to do, such as call a girl every night before going to bed, into a duty. If changing the name of the relationship into “boyfriend and girlfriend” would change the motive behind caring actions, then some guys would rather avoid making it official.

It’s not the right time
School. Work. Graduation. Jobs. Financial obligations. There are a million things in life that can get in the way of fully committing to a relationship. Some guys feel that those obligations get in the way of them giving their girlfriends 100% of the attention they deserve. Maybe your man has a lot on his to-do list. Getting into a relationship should be an action with thought behind it. If he feels overwhelmed by the amount of things he has going on in his life, he may feel it’s not the right time to make that kind of commitment just yet.

It didn’t go well before
In some cases, men are just too hurt from past relationships to hop into another one. If your man was in a committed and loving relationship before, he was probably hurt when it ended. If this has happened to the guy that you like, he could be afraid to lose you or to have it end in the same way as his last relationship. In this case, just keep building his trust. Keep letting him know just how much you care about him, and make sure you show it, too!

He doesn’t like you like that
Unfortunately, there is always the possibility that the guy won’t make it official because he still wants to be available to other girls. However, if this is the case, it should be obvious. This kind of guy doesn’t give you a lot of time or attention out of his day and won’t be completely honest with you as to where he goes or whom he hangs out with. If you don’t feel like you’re a priority, then you shouldn’t settle for being an option. You will know if this is the case, and if so, it’s time to follow your brain and stop looking to him for a relationship that he’s not willing to share with you.

Look at Brad Pitt and Angelina Jolie. Look at Enrique Iglesias and Anna Kournikova. Look at Kourtney Kardashian and Scott Disick. These couples have been a part of a new trend in Hollywood when it comes to relationships: be together and start a family before making anything official. These couples have been together for a while, have been through thick and thin and have clearly established a deep love for each other. Why haven’t they been married? It’s just a label on a piece of paper. If there is love, there is a way. While there are several reasons why your man won’t make it official, it’s important not to worry too much. Center your relationship purely on trust, honesty and love, and you will know you have something special, with or without a label!