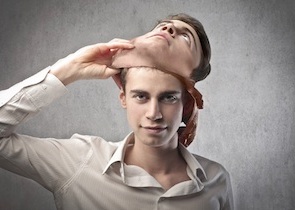 He seems to fumble his words or ignore you when you ask him a simple question. He can’t give you a straight answer about what he was doing or where he was. He acts as if he’s hiding something from you. Maybe he lied. It could have been a one-time deal or an ongoing sequence. If the suspicions were proven true and he has in fact lied/been lying to you, what are you to do? Better yet, where is the line between forgivable and inexcusable?

Levels of Lies:
What do you consider your boyfriend’s lie(s) to encompass?

Little White Lies
Did he lie to you about something trivial — maybe in an effort to spare your feelings? He may have lied about how you looked in an outfit or about wanting to go to that family obligation with you. Either way, telling him you’d prefer he not lie to you, even if he thinks he’s protecting your feelings, may help prevent it in the future. These lies are not more than one-or-two-time deals.

Compulsive Liar
This guy seems to lie about everything, from where he went last night to why you couldn’t go with him. Whether the lies are connected to more lies or are done on multiple occasions, they are ongoing to the point where you’re not even sure when to believe him anymore.

Web of Lies
One lie: That’s all it took. One lie caused him to lie again which began an ongoing cycle of lie after lie. He may have lied to you about where he was, and a friend of yours saw him out doing something else. He creates another lie to cover it, but then that lie creates another lie when someone else disproves what your boyfriend said. The longer the string of lies goes on, the worse the revealing of truth becomes.

So, what’s the next step?
For some, it’s a no-brainer: Lying, especially over something more serious, is grounds for ending the relationship. However, it may take some time to evaluate what you can and cannot deal with when your boyfriend lies. Do not blame yourself and think it was something you did wrong. You may be emotionally hurt or taken aback, but with as levelheaded a mind as possible, consider the level of the lie. Was it a little white lie he did that one time to spare your feelings, or was it a web that started when he pushed the relationship boundaries? Each situation is different, but it’s up to you to decide whether or not this is forgivable. Use your best judgment.

Anger may get the best of you and emotions may take hold: This is not the time to confront him. Yelling at him and making accusatory comments will only put him on the defense and cause you to become angrier, especially since you know the truth. Express your emotions by calmly telling him that you are upset, not by wildly showing it.

If you’re not 100 percent sure what the truth actually is, give him a chance to explain himself. He will be much more inclined to talk and man up to his mistake if you calmly and maturely address the situation. Listen to his explanation, but if he seems to be feeding you even more lies to cover up his actions in that aforementioned web, some evaluation may be needed to determine whether you can handle being with a dishonest guy.

If you have talked it out together and you decide you are willing to forgive him, make sure you really do. Holding a grudge will cause constant tension between you two until it becomes unbearable. If you can’t forgive him, sustaining the relationship may become more work than enjoyment. In other words, move on from it, and don’t keep bringing it up. Let him gain your trust again without you constantly throwing his previous mistakes in his face.